The origins of Burn/Bourne go back many centuries. Wyre Archaeology have spent several seasons on the top of Bourne Hill looking at different features and uncovered small amounts of iron and Roman age pottery.  Unfortunately these were few and far between and no obvious pattern appeared. 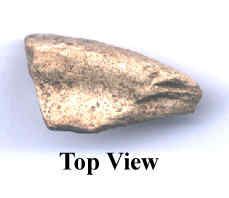 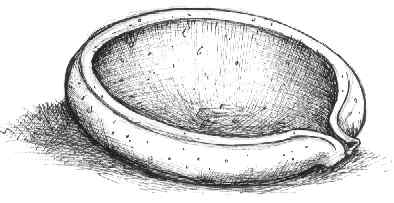 The photo above shows the fragment of mortarium along with a sketch of a complete mortarium.  Thanks to Brian Hughes for these images.

The present thinking, after discussion with Peter Iles, Archaeological advisor for Lancashire, is that the Romans may have had look-out station or marching camp somewhere on Bourne Hill - but nothing long lasting.

In the Domesday Book there is mention of Brune which occupies 2 carucates of land.  The next area mentioned is Rushale (Rossall) so it is likely that Burn and Brune are one and the same.

The farm/hall was built on the lee side of the hill for shelter and it is probable that all habitation was always on this side of the hill - away from our archaeological investigations.  Whilst detecting on the site several medieval coins were found.

The first maps that show Burn were navigational maps produced by Fearon & Eyes in 1737.  Two images are shown below.  The first being a photo of a photocopy of the original.  The second has been colourized and extra information added.  Thank you to Blackpool libraries for this image. 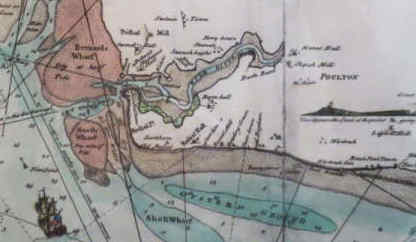 The earliest images of the hall were painted by William Lathom in 1817. 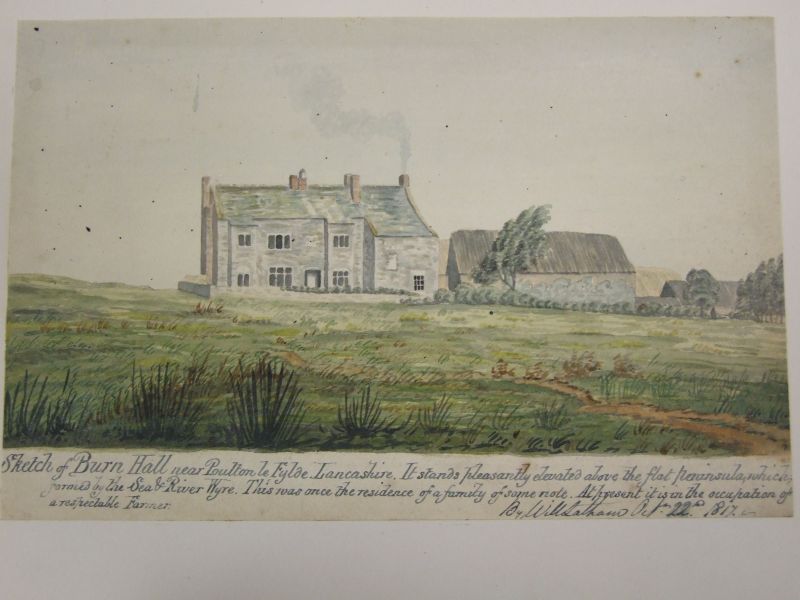 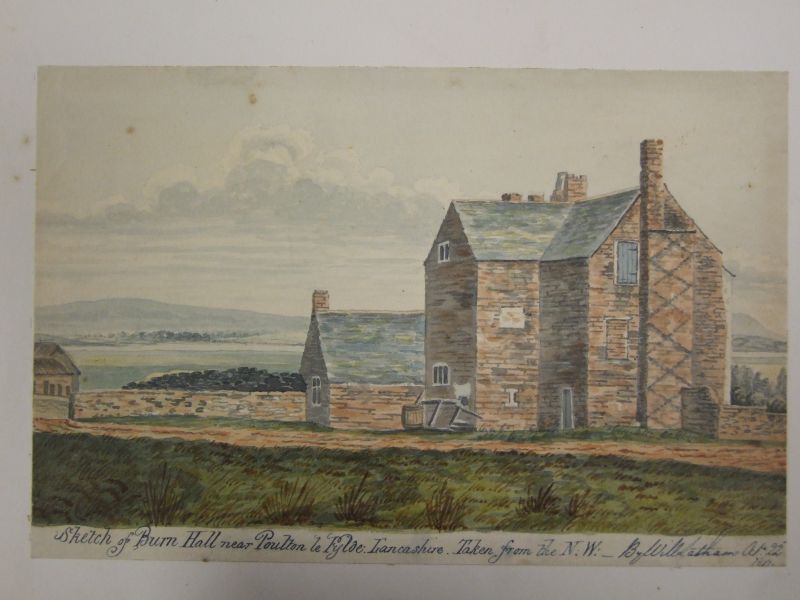 The Edmondson family farmed at Burn Hall/Burn Farm between 1946 and 1975.  Mrs E Edmondson penned the following document covering some of the history of the hall.

Notes on the Principal Historic Points of Interest of Burn Hall

Burn Hall is Thornton's oldest landmark, reputed to have stood on Burn Hill for at Least 500 years.  Parts of the existing building are thought to go back that long.

Not enough of its history is recorded.  If only John Westby, whose ancestors came to Burn Hall about 1556, had kept a diary like his friend Thomas Tyldesley or there were a few tattered manuscripts left behind.  In his diary Thomas Tyldesley write "Went to Mains Hall to prayers.  Then with Jack Estby to Burn Hall to dinner: stayed 'till four".  That was an entry in his diary for a June day 265 years ago.

The Westbys, Lords of the Manor of Westby in Gisburn in the West Riding of Yorks, which they retained down to a comparitively recent period, obtained possession of the Manor of Mowbreck in the parish of Kirkham at a very remote date and made it their principal residence. (For more about this see Catholic Record Society Vol 15. The Fylde part 1 p.p. 220-222). The family were also Lords of the Manor of Holmes and Driffield in Yorks as well as Burn Hall, Thornton.

John Westby died in 1722 after which the Burn Estate passed to his daughter and coheiress - the wife of Rev. John Bennison.  This London parson ruined himself in an attempt to cultivate his land on a plan laid down by Virgil in his Georgics.

"BFH 1784" over the front door of the Hall stands for Bold Fleetwood Hesketh who restored Burn Hall and in 1794 built Thornton Windmill.  (He lived at Rossall Hall and was uncle of Sir Peter Hesketh Fleetwood who founded Fleetwood).  The Hall came into the hands of the Fleetwood family after Dennison ruined himself.  (For further details see Thornber's History of Blackpool, page 311 seq).

It is worth remembering that for centuries the people who came the Hall knew it only as a lonely outpost in the marshes often surrounded by the sea.  It was admirable for people in hiding and must have sheltered priests on the run in the reformation.  The Jesuit priest, Father Campion, is almost certain to have hidden in Burn Hall and under torture in the Tower in the Tower of London before his execution he gave away the names of Mrs Allan of Rossall Hall and Jack Westby of Burn Hall as people who helped him.  It could have sheltered Rossall born Cardinal William Allen during one of his secret visits to his home county.  It was he who founded Douai College in France to train Catholic priests for the English Mission.

The massive oak beams in some of the rooms bear the stamp of centuries service.  The most interesting room is the old domestic chapel-room.  Once very beautiful.  Its ancient plaster ceiling is embellished with vine leaves, clusters of grapes and acorns.  The room was once oak panelled and the walls lined with oaken wainscot, carved shields, small statues and foliage.  The stone fireplace in this room bears the coat of arms of the Westby family engraved in it and, once above the doorway of the entrance, was the Latin inscription "ELEGI ABJECTUS ESSE IN DOMO DEI MEI, MAGIS QUAM HABITARE IN TABERNACULIS PECCATORUM".  This translated "I would rather be worthless in the house of my God than dwell in the rich house of sinners."  In this chapel room Mass was said and the chapel was in frequent use from the time of Elizabeth I till the death of John Westby in 1772.

Mr R W Edmondson tenanted the property from 1946 until January 1975 and his wife, having taken more than passing interest in it, kindly prepared these notes for ICI's reference, both in considering the future treatment of the building and a longer term reference document.

Further to a communication with Mrs A. Stewart (the daughter of Mrs E Edmondson) it seems that part of the ceiling, an old staircase and a coat of arms can now be found in Fleetwood Museum. 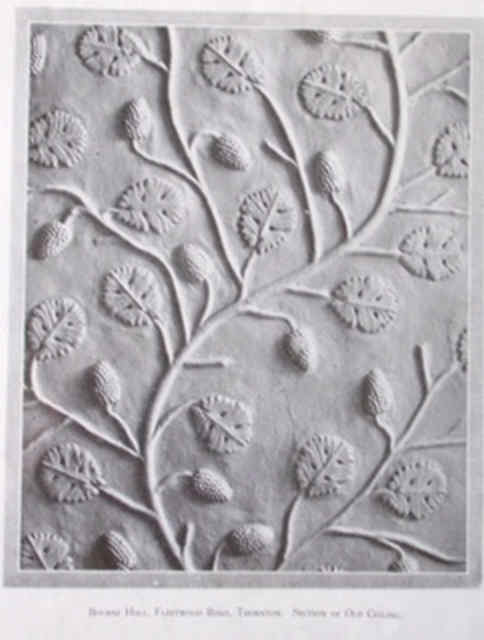 Segment of the ceiling 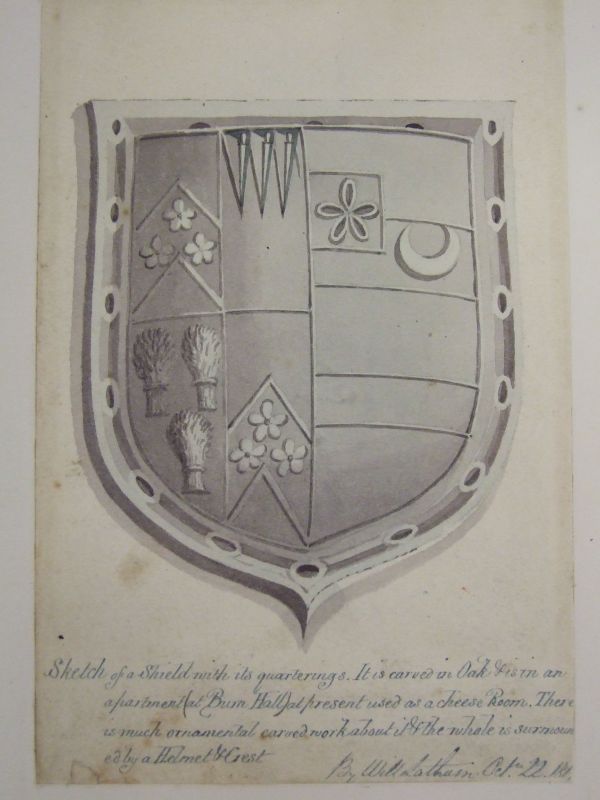 Crest found within the house. 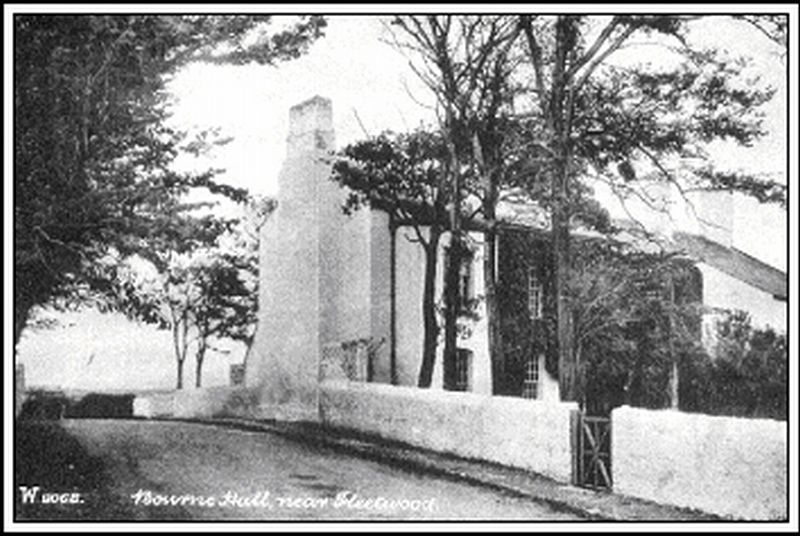 No date given for the image above but the farm looks in good condition. 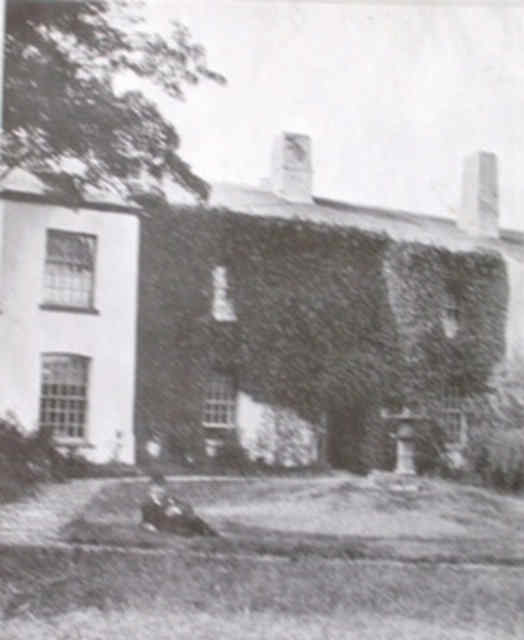 South facing garden. Is that the sundial (shown on the map) in the middle-right? 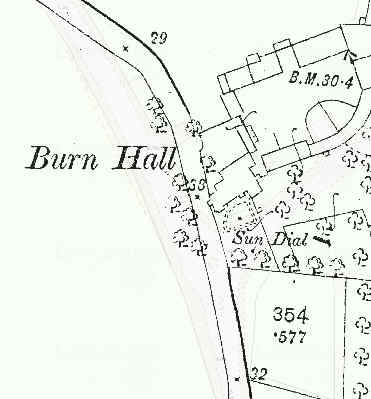 By the 1970's Burn Hall was derelict.  The next two photographs show the building in a very sorry state, just prior to demolition. 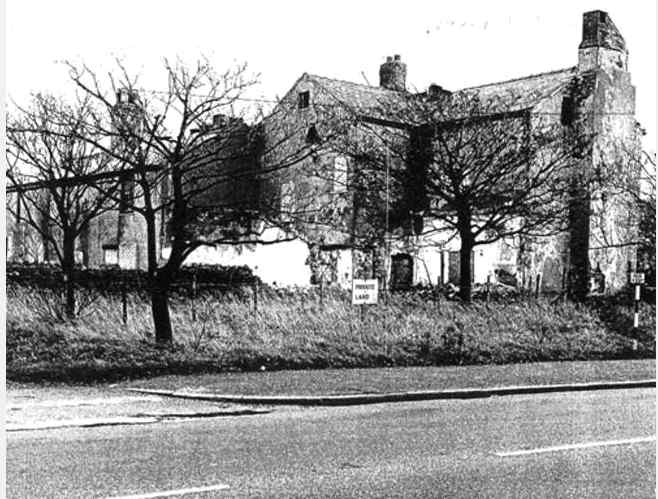 Prior to demolition Richard Watson, of the Pilling Historical Society, produced a sketch map showing the different phases of the site together with approximate dimensions. 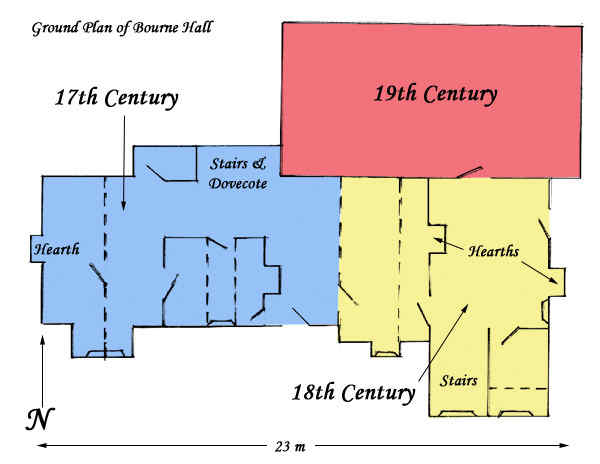